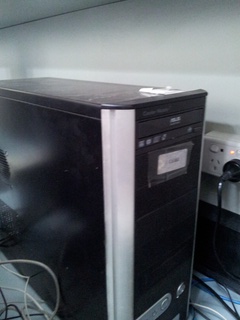 How/where the machine was obtained

Was bought in 2002 from Dick Smith Electronics.

I has spent a long time in UCC and seems to have had several upgrades over its lifetime.

[FEL] for donating the machine and setting up all the software