Murphy was historically the mainframe that powered UCC. Documentation about the machine that went by that name is available on the main website.

It ran on the Alpha Micro architecture and 8" floppy disks were used for data storage and software.

The wooden box that might be a miniature version containing some of the original Murphy parts. 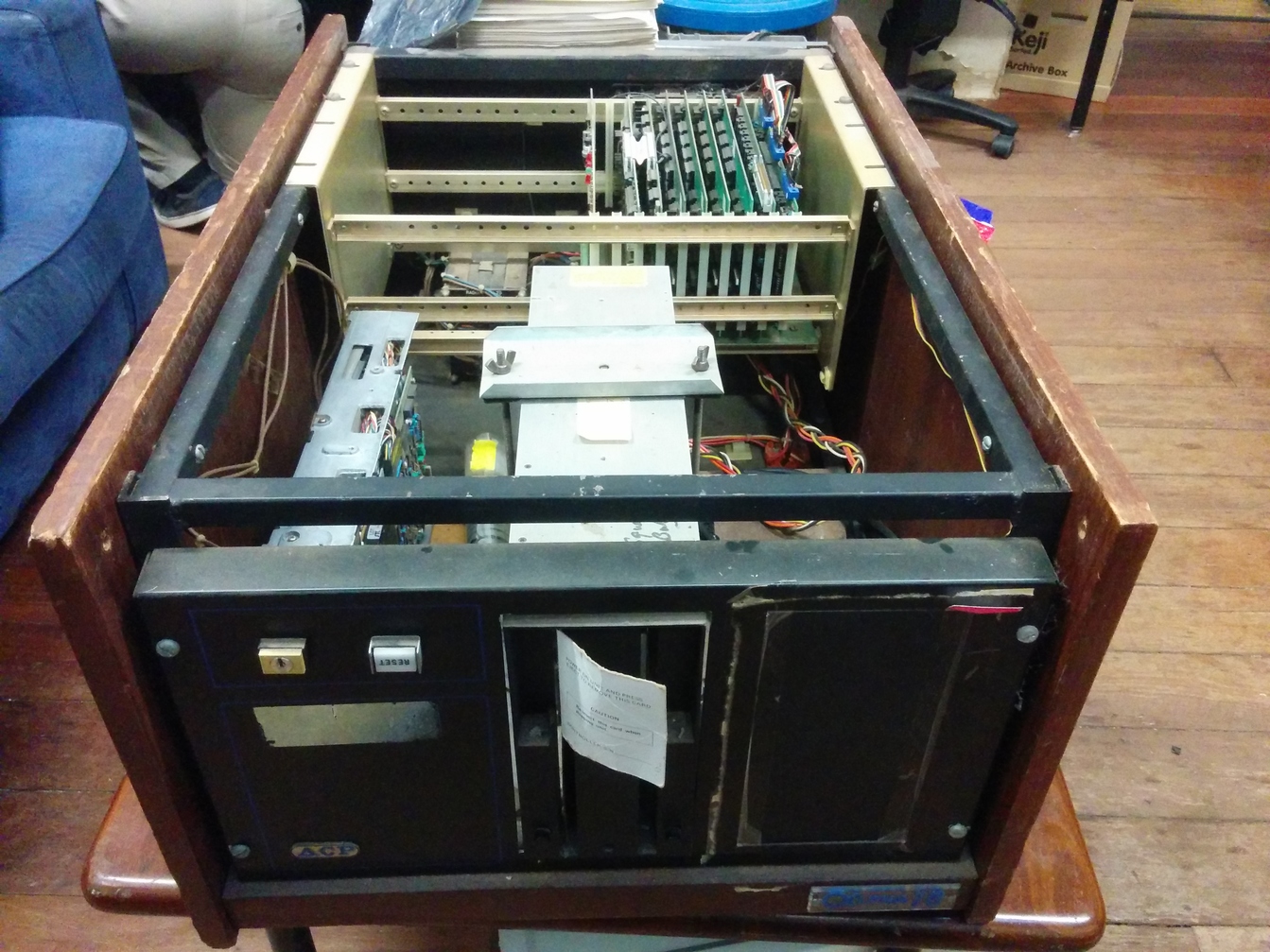 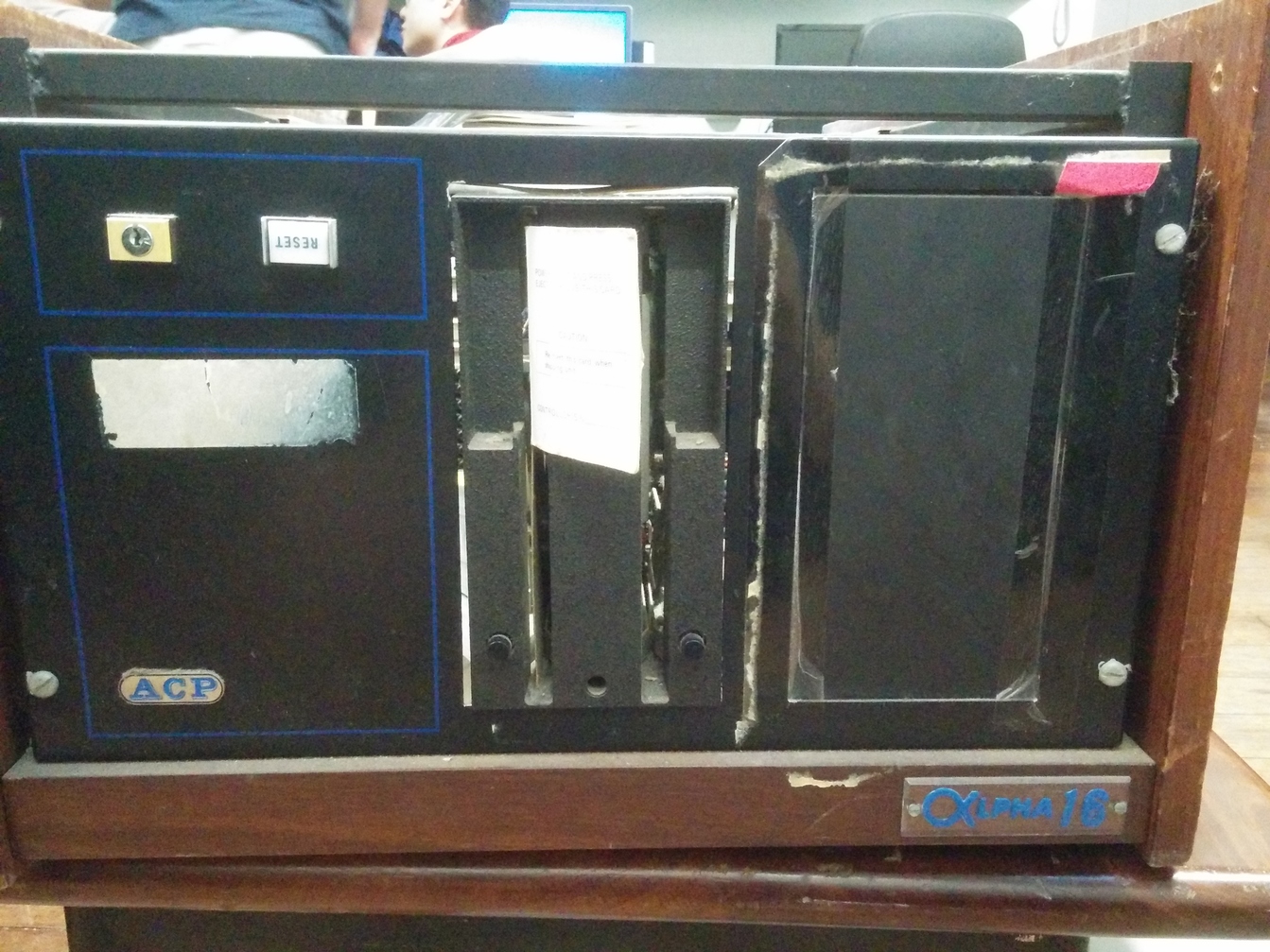 The front panel of what might have been the original Murphy case. 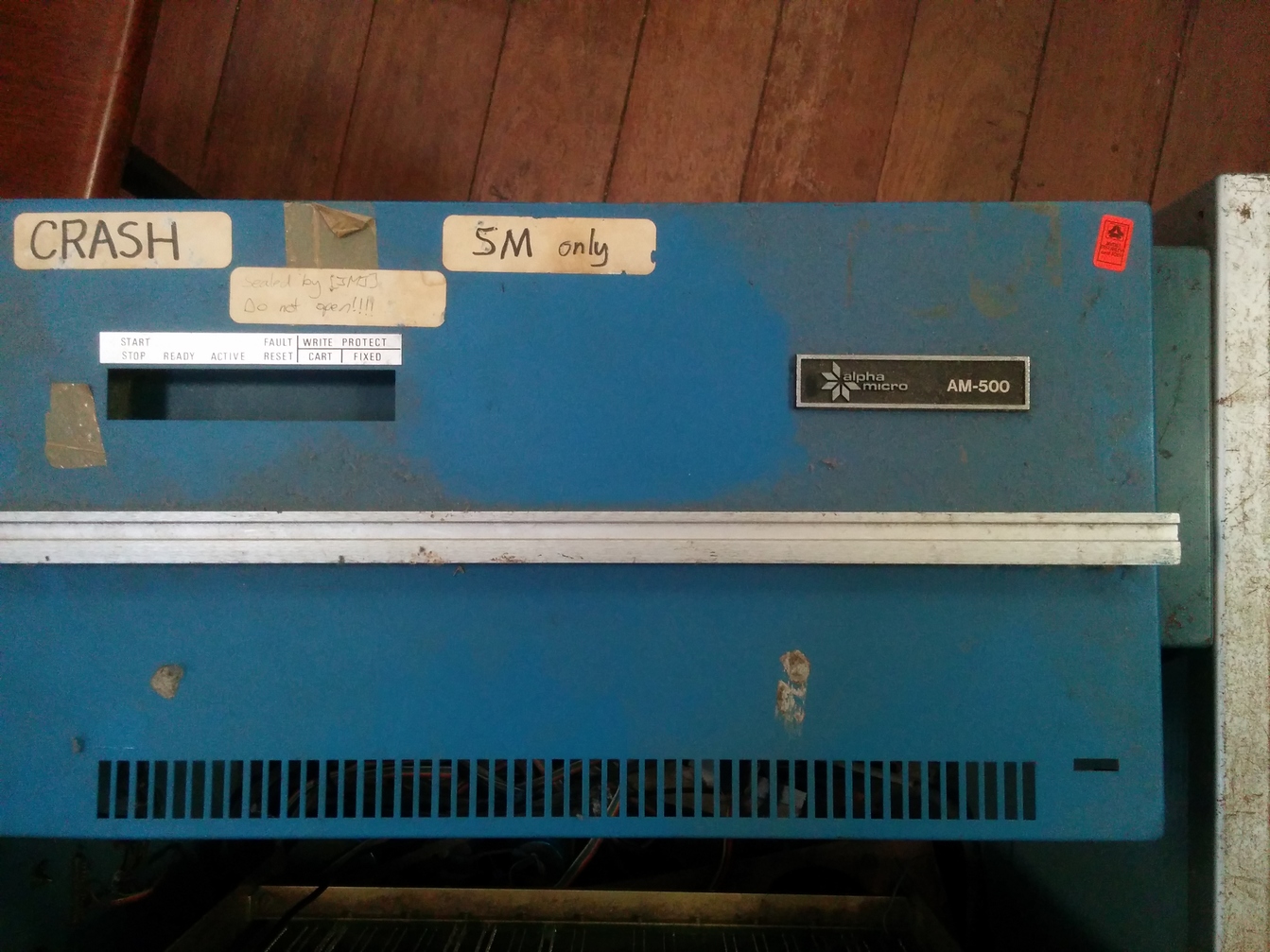 The empty backplane of what might once have been the original Murpy. 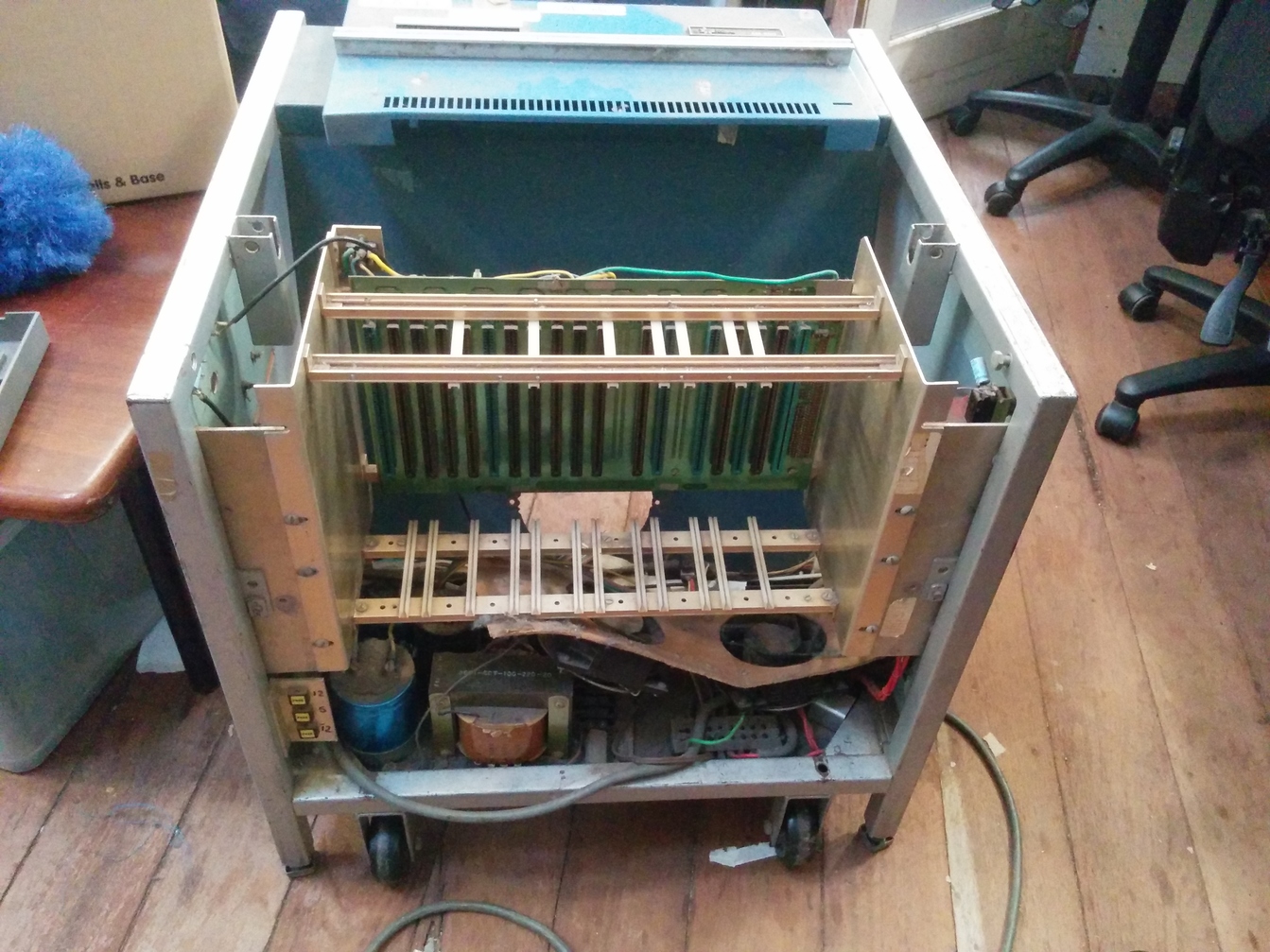 Unknown. The wooden box was not in UCC until after 1984, and the blue case was present before 1983.

Future plans for the machine(s)

Unknown. Probably the club will try to get rid of the blue case (sell it somehow?) and the other Alpha Micro will hopefully be put on display somewhere.

Thanks so far to [JVP] for being old and knowing something about this.