R.I.P Sidderrog. Your tendency to spawn infinite copies of nautilus and to physically attack people with the CD tray will be missed. 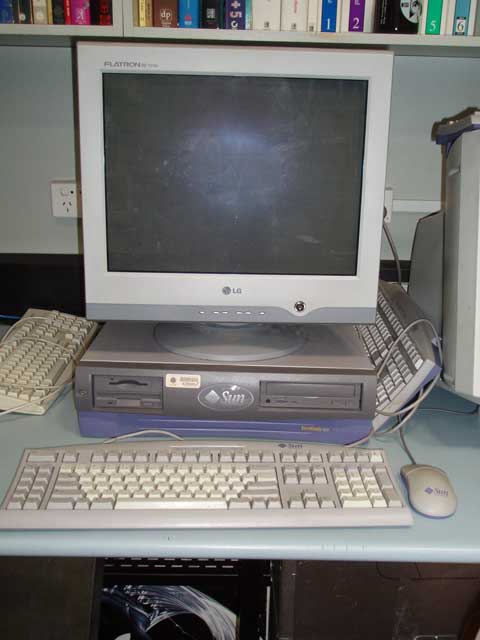 The machine was acquired August 2009 when Electrical Engineering was doing a clean out.

It was probably one of the EE lab machines.

After a number of unsuccessful attempts to install OpenSolaris, Debian was installed and the machine set up on the UCC network. Coincidently, it is an UltraSPARC II running Debian, set up right next to an Intel P4 running OpenSolaris (Persephone).

User machine that works on the odd occasion

Very little, it's not very powerful and will probably die a painful death the second that the club finds something better.